Back to all posts

Teitel convicted of two counts of first degree murder of Palestinians; two counts attempted murder; illegal possession of firearm; incitement to violence. Victim's relative: 'He got what he deserved'

"Jewish terrorist" Jack (Yakov) Teitel, who was convicted of two counts of first degree murder of two Palestinians, in addition to a long list other violent offences, was sentenced Tuesday to two life sentences and an additional 30 years in jail by a Jerusalem District Court. Before sentencing Teitel claimed he did not regret his actions.

The judges rejected the defense's request for a reduced sentence on the basis of Teitel's mental state and, in addition, the court ruled that Teitel will pay the two victims' families NIS 180,000 (roughly $50,000) each in compensation; he was also ordered to pay two people he was convicted of attempting to murder NIS 150,000 (roughly $41,000) each in damages.

Related stories:
Teitel, a US immigrant, confessed to the killings, which he committed while visiting as a tourist. He was convicted in January of killing a Palestinian taxi driver in Jerusalem and a shepherd near the West Bank city of Hebron.

Teitel, who received the infamous nickname the "Jewish terrorist," was charged with 10 different offences, the most severe of which were two counts of murder in the first degree, two counts of attempted murder, illegal possession and assembling of a firearm and incitement to violence.

During sentencing, Judges Zvi Segal, Moshe Drori and Moshe Cohen ruled that his mental condition had no influence on his actions and hence he would be held fully accountable for them. 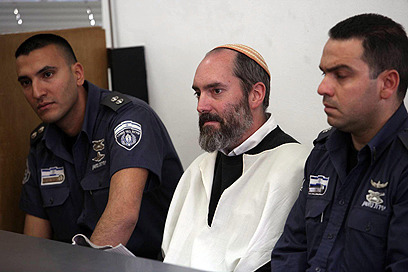 "There is no doubt in our hearts that there is no causal link between his actions and his mental condition. Hence, we have decided to convict him of the actions attributed to him," the judges said in the ruling.

Hatred in the first degree

The first murder for which Teitel was convicted took place in 1997. The deceased, Samir Akram Balbisi, was working at the time as a taxi driver, offered to drive Teitel to wherever he pleased.

Teitel agreed, entered Balbisi's vehicle and then ordered the Palestinian to drive him to a certain location. When he saw that Balbisi's eyes were on the road he shot him point blank in the head.

Three months later Teitel decided to kill again. He searched for a victim in the village of Susya and found a shepherd, Issa Jabarin. As Jabarin passed Teital he fired two shots, both from short range, in Jabarin's direction, hitting him in the chest.

Teital was also convicted of incitement to violence and terror after he printed posters calling for the murder of members of the LGBT community, promising NIS 20,000 (roughly $5,500) for the person willing to kill "Sodom and Gomorra."

He was also charged with planting an explosive device inside a plant near the entrance to Prof. Zeev Sternhell's house in September 2008.

Sternhell, a world renowned professor of political science, an Israel Prize laureate and a peace activist, was wounded in his leg when the device exploded.

He was additionally charged with the attempted murder of the youth Ami Ortiz in 2008. Teitel placed an explosive device inside a gift basket intended for the boy's father, David Ortiz, with the intent of killing him, because the man served as the head of the messianic Jewish community.

The family's maid unknowingly took the booby trapped gift basket into the house, leading the boy to open it, prompting the bomb to go off. The boy was severely wounded throughout his body. 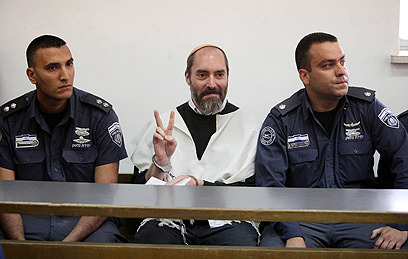 In response to the sentence, Prof. Zeev Sternhell said: "The ruling is sign to all those who think that this is the way to get results- Teitel or his friends."

Regarding compensation, Prof. Sternhell said: "I don't want any damages from this man, and I don't need anything. I happy that I was only lightly wounded."

According to Teitel, Prof. Sternhell, who is known for his outspoken left wing opinions, gained his attention after he allegedly called for the death of settlers. 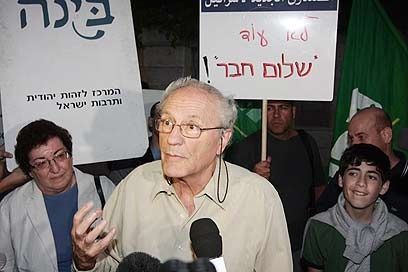 
Prof. Sternhell said, "The ruling is just, important, deterring and a sign that the courts will not sit quietly in the face of politically and ideologically motivated murders. This ruling has significance exceeding the bounds of this specific case. Teitel is not just another lunatic. He is a result of his surroundings.

"He actualized what others want to do themselves, many who wanted to do the same to me. I know this because of the letters and phone calls I received during that time. This violence needs to be cut off at the stem, even that which currently is rampant in the occupied territories. If not, this violence will seep into every aspect of our society."

A number of the victims' relatives arrived at the court for the sentencing.

Ibrahim Balbisi, the father of Akram Balbisi, whom Teitel murdered, said upon hearing the sentence: "There is justice. It hurts my heart every day my son is not with us. Day and night we cannot sleep, our thoughts always wander to Akram. I am happy the sentence sends this killer to jail for the rest of his life."

Leah Ortiz, Ami's mother, said: "We are very happy that Teitel received many years behind bars. He said he is proud of what he did and would do it again; he is a dangerous man, full of hate – jail is where he belongs."

Yossi Greiber, Ortiz's lawyer, expressed anger at the fact that the State refuses to recognize the family as a victim of a terror attack and afford them the financial assistance such victims enjoy.

"We are left with the pain and wounds. They boy is 20 years old and will require medical treatment for the rest of his life. Despite the fact that the background of the attack is identical to that of the deaths of the Palestinians, as the court itself claimed, the State refuses to grant us assistance," the lawyer said.

Lawyers Asher Ohayon and Michael Ironi, who represented Teitel, claimed the court ignored the complexity of their client's mental state, opting for the easy solution.

"Eight doctors, some who work for the State, think differently from the court (about Teitel's mental condition), but instead of dealing with this issue the court choose to ignore it. Teitel didn’t kill because of hatred, he has visions, he received orders which he felt he had to follow. And these resulted from a mental condition that had developed early in his childhood," one of the lawyers said.

Sagi Ofir, for the prosecution, said: "The criminal was sent to jail for the rest of his life, as he deserved. The court affirmed the message towards those who turn to terror. We can only hope this will serve as a deterrent to those who wish to engage in terror activities."